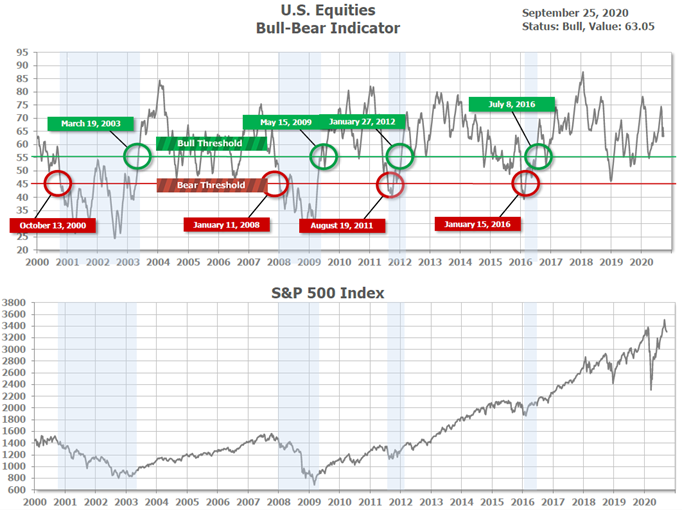 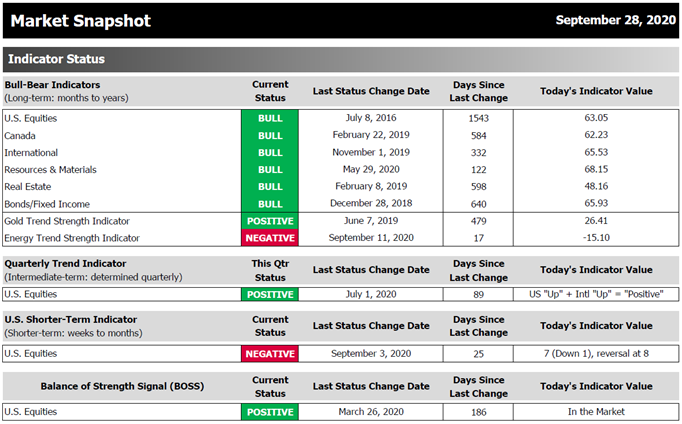 U.S. Economic News: The Labor Department reported the number of Americans applying for first-time unemployment benefits rose by 4,000 to 870,000.  Economists had estimated claims to decline to 850,000.  The four-week moving average of initial claims, smoothed to iron-out the weekly volatility, fell 35,250 to 878,250 in the latest week.  Continuing claims, which counts the number of people already receiving benefits, fell by 167,000 to 12.58 million.  That is the lowest level of continued claims since mid-April.  Overall, jobless claims have been drifting lower in recent weeks.  Roughly half of the 22 million payroll jobs that were lost in March and April have been regained as Americans return to work.

Sales of existing homes jumped last month at the fastest pace in more than a decade.  The National Association of Realtors reported total existing home sales rose 2.4% from July to a seasonally-adjusted annual rate of 6 million.  It was the third consecutive month of increases and its fastest pace since December 2006.  Compared with the same time last year, home sales were up 10.5%.  By region, the Northeast experienced the biggest jump in sales, up 13.8%, while the West and South were only up 0.8%.  Economists noted that wildfires in the West and stormy weather in the South hampered activity in those regions.  As sales increased, so did prices.  The median existing-home price was $310,600 in August, up 11.4% from a year ago.  Tightening inventory contributed to the rise in prices.  Unsold inventory sat at a 3-month supply in August, compared to the 6 months inventory that is generally considered to be a “balanced” housing market.

Overall economic activity across the nation fell in August according to the Chicago Federal Reserve.  The Chicago Fed’s National Activity Index came in at 0.79 from a revised 2.54 the prior month.  A zero value indicates the national economy is expanding at its historic trend rate of growth.  The index’s three-month moving average, which tries to smooth out volatility, slipped to 3.05 from 4.23 in July.  The Chicago Fed index is a weighted average of 85 economic indicators.  45 component indicators made positive contributions in August.  Still, 40 indicators deteriorated from July’s level.  Production-related indicators contributed 0.23 to the overall index in August, down from 1.26 in the prior month.  Employment-related indicators added 0.63, down from 0.65 in July.

Orders for goods expected to last at least a minimum of three years, so-called ‘durable goods’, rose a modest 0.4% in August, the Census Bureau reported.  The reading was its fourth consecutive monthly increase.  Economists had expected a 1.5% rise.  Stripping out transportation (planes and vehicles), orders were still up 0.4%.  Excluding defense goods, orders were up 0.7%.  Core capital goods orders (ex-defense and aircraft) rose 1.8% in August.  This category has now risen above its pre-COVID trend.  Manufacturing has rebounded well from the shutdown due to the pandemic.  Chicago Fed President Charles Evans said manufacturing firms have some advantages because they have an engineering environment and are better able to keep employees safe.

Market research firm IHS Markit reported business activity rose at a slightly weaker pace in September.  Markit’s composite Purchasing Managers Index (PMI) retreated 2.2 points to 54.4 this month, but still in expansion territory.  In the services sector, its flash PMI ticked down to 54.6 from 55 in August.  Its flash manufacturing index rose 0.4 point to 53.5 - a 20-month high.  Readings above 50 indicate improving conditions.  The flash estimate is based on approximately 85-90% of total survey responses each month.  Chris Williamson, chief business economist at IHS Markit, stated in the report, “The question now turns to whether the economy’s strong performance can be sustained in the fourth quarter.  Risks...seem tilted to the downside for the coming months as businesses await clarity with respect to both the pandemic and the election.”

International Economic News:  In a national address, Canadian Prime Minister Justin Trudeau said Canada has entered a second wave of the coronavirus pandemic and warned the country was on the brink of a surge in cases if people did not follow public health guidelines.  The government has already spent billions on pandemic aid, pushing this fiscal year’s forecast deficit to C$343.2 billion ($256.5 billion), which at about 16% of GDP is the largest shortfall since World War Two.  New measures since then will likely tack another C$30 billion onto that, while next fiscal year’s deficit could be around C$200 billion, Doug Porter, chief economist at BMO Capital Markets, said in a note.  Trudeau's so-called ‘Speech from the Throne’ also threw in some big-ticket pledges such as a national prescription drug plan and universal childcare.

Across the Atlantic, ratings agency Fitch affirmed the United Kingdom’s Long-Term Foreign-Currency Issuer Default Rating (IDR) at ‘AA-‘ with a Negative Outlook.  Fitch noted the UK’s rating balanced its high income, diversified and advanced economy against high and rising public sector indebtedness.  The Negative Outlook reflects the impact the coronavirus pandemic is having on the UK economy and the resulting material deterioration in the public finances.  Fitch forecasts the fiscal deficit to materially widen this year and government debt set to increase to well over 120% of GDP over the next few years.  Furthermore, potential changes to the future trade relationship with the EU could constrain the post-crisis economic recovery.

On Europe’s mainland, a sharp fall in activity in the French services industry was not able to be offset by an increase in manufacturing output.  This led the overall index for France to drop for the first time in four months.  IHS Markit reported its composite reading for France dropped to 48.5 in September from 51.6 in August, back into contraction territory.  In Germany, the pace of the economic rebound slowed but remained positive.  The overall flash German PMI came in at 53.7, from 54.4 in August.  Chris Williamson at Markit stated, “The main concern at present is therefore whether the weakness of the September data will intensify into the fourth quarter, and result in a slide back into recession after a frustratingly brief rebound in the third quarter.”

According to an independent survey by the China Beige Book, the economic recovery in China is only happening in part of the country.  The world’s second-largest economy was the first country to get hit by the coronavirus pandemic.  More than half the country shut down in early February in an effort to limit the spread of the virus, resulting in a 6.8% contraction in growth in the first quarter.  As the outbreak of the disease stalled in March, businesses began to reopen, and the official gross domestic product grew 3.2% in the second quarter.  Government-released data in the months since have pointed to further recovery overall.  However, the report notes, “For large firms and those based in the Big 3 coastal regions surrounding Shanghai and Beijing, as well as Guangdong--the corporate elite--the economy is accelerating.  This is the public face of Beijing’s recovery narrative,” the report said.  “But the rest of China — most firms in most regions — are seeing a far more muted recovery.”

Japan’s government kept its economic assessment for September unchanged for the third consecutive month.  Japan’s Cabinet Office stated activity was continuing to show signs of “picking up” from the slump triggered by the coronavirus.  “The Japanese economy is still in a severe situation due to the novel coronavirus,” the report said, but has been “showing movements of picking up recently.”  Nonetheless, the government downgraded its evaluations of private consumption for the first time since April, when it declared a state of emergency over the spread of the virus.  A government official said a “standstill” was seen in consumer spending, especially in travel and food services, following a recent resurgence in virus infections.

Finally: For four weeks, the U.S. stock market has sparked and sputtered like a campfire in light rain.

Today, pandemic-driven demand is providing fuel for the investors. The need for certain types of products and services has accelerated and innovation is creating new opportunities. Consider:

Throughout 2020, investors’ enthusiasm has pushed markets higher. However, concerns about a variety of issues have dampened enthusiasm in recent weeks. Last Friday, Ben Levisohn of Barron’s reported:

“In a week filled with headlines about government stimulus (or the lack thereof), Supreme Court nominations, the election, the gain in the Nasdaq…suggests that it was the fear of another COVID-19 wave that really got the market down. And for good reason. The week began with the U.K. talking about a second shutdown and ended with all of Europe facing down a second wave of infection…In the U.S., the number of cases is rising and the death toll passed 200,000 midweek…”

Many of these concerns aren’t likely to dissipate soon, and volatility is likely to continue.

*S&P 500, Dow Jones Global ex-US, Gold, Bloomberg Commodity Index returns exclude reinvested dividends (gold does not pay a dividend) and the three-, five-, and 10-year returns are annualized; the DJ Equity All REIT Total Return Index does include reinvested dividends and the three-, five-, and 10-year returns are annualized; and the 10-year Treasury Note is simply the yield at the close of the day on each of the historical time periods.
*Sources: Yahoo! Finance, Barron’s, djindexes.com, London Bullion Market Association.
Past performance is no guarantee of future results. Indices are unmanaged and cannot be invested into directly. N/A means not applicable.
* Government bonds and Treasury Bills are guaranteed by the U.S. government as to the timely payment of principal and interest and, if held to maturity, offer a fixed rate of return and fixed principal value. However, the value of fund shares is not guaranteed and will fluctuate.
*Corporate bonds are considered higher risk than government bonds but normally offer a higher yield and are subject to market, interest rate and credit risk as well as additional risks based on the quality of issuer coupon rate, price, yield, maturity, and redemption features.
* The Standard & Poor's 500 (S&P 500) is an unmanaged group of securities considered to be representative of the stock market in general. You cannot invest directly in this index.
* The 10-year Treasury Note represents debt owed by the United States Treasury to the public. Since the U.S. Government is seen as a risk-free borrower, investors use the 10-year Treasury Note as a benchmark for the long-term bond market.
* Gold represents the afternoon gold price as reported by the London Bullion Market Association. The gold price is set twice daily by the London Gold Fixing Company at 10:30 and 15:00 and is expressed in U.S. dollars per fine troy ounce.
* The Bloomberg Commodity Index is designed to be a highly liquid and diversified benchmark for the commodity futures market. The Index is composed of futures contracts on 19 physical commodities and was launched on July 14, 1998.
* The DJ Equity All REIT Total Return Index measures the total return performance of the equity subcategory of the Real Estate Investment Trust (REIT) industry as calculated by Dow Jones.
* Yahoo! Finance is the source for any reference to the performance of an index between two specific periods.
* Opinions expressed are subject to change without notice and are not intended as investment advice or to predict future performance.
* Economic forecasts set forth may not develop as predicted and there can be no guarantee that strategies promoted will be successful.
* Past performance does not guarantee future results. Investing involves risk, including loss of principal.
* You cannot invest directly in an index.
* Consult your financial professional before making any investment decision.
* Stock investing involves risk including loss of principal.

Interested in learning more about how PRS can help you?
Get started today!