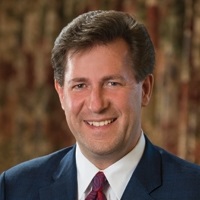 Dan Pinkerton is Founder and CEO of PRS. Knowing this was the profession of his choice at age 19, Dan dual enrolled in the College for Financial Planning while a sophomore at Stanford University. Upon graduating from Stanford in 1987 with a B.A. in International Relations with emphasis in Economics, Dan’s first job offer was to work directly for famed investor Peter Lynch at Fidelity Investments as his Research Analyst. Instead, Dan chose to start his own wealth management firm in 1987 and incorporated Pinkerton Retirement Specialists, LLC in 1996.

Dan was born and raised in Anchorage, Alaska. He began learning business skills at age 9, when he inherited his older brother’s morning paper route, and in 7 years, built it into the largest foot route in Alaska, running 4 ½ miles before 6:30 AM, 365 days per year, regardless of rain, sleet, or two feet of snow. Naturally, Dan excelled at cross country running and set a high school record in the 2 mile and 5k.

Dan and Kathryn are celebrating over 30 years together, and enjoy their family of 9 children, their spouses, and increasing grandchildren, most who live in Coeur d’Alene. Dan is an accomplished classical violinist and performs on his dad’s 100+ year old Italian violin. Dan and Kathryn are the founders of the Idaho Character Foundation, the Idaho Wildlife Museum, and he is an elder at his local church and the Chairman of the Board for the Faith Walk Community Fitness Park.

Interested in learning more about how PRS can help you?
Get started today!